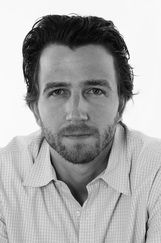 Dr. Isaacman founded Nanometics LLC in 2006, and is responsible for the design and fabrication of several materials that are currently sold globally in the personal care and pharmaceutical industry. He is the Principal Investigator on two SBIR awards from the National Institute of Health, and a Visiting Scholar at the Albert Einstein College of Medicine and New York University.  At Nanometics, he leads the research team; designing novel small-molecules, polymers and materials for the personal care and pharmaceutical markets.  Dr. Isaacman received his BS in biochemistry and MS in organic chemistry from Stony Brook University and his MS and Ph.D. in physical organic chemistry from New York University where his research involved the design and fabrication of single molecule magnets, chiral molecular switches and self-assembling nano-architectures. 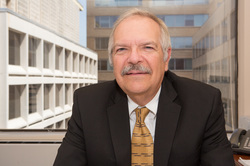 Steve is a serial entrepreneur and corporate executive with over 30 years experience in the materials and manufacturing industries serving the health care, industrial and electronics markets. Steve was named Director of George Washington University’s Office of Technology Transfer in March 2013.  He is Founder of InnoComm, an innovation commercialization consulting and investment firm focused on medical device, medical diagnostics and materials innovation.  Steve is Founder and initial CEO of Seguro Surgical, a medical device venture focused on improving the safety, efficiency and health care costs of abdominal surgeries. Over the prior 7 years, Steve has commercialized early stage technologies from leading universities in a variety of medical device, materials, electronics, and manufacturing businesses, with a principle focus on start-up formation (over 30 start-ups).

Steve was Senior Director of Ventures at Johns Hopkins University, where during his 3 year tenure, the institution increased start-ups from a historical annual level of 4 to 12 in 2008, with $76M raised, and 10 in 2009 with $13M raised.  As Vice President of Technology Commercialization at Utah State University Research Foundation, he tripled licensing revenue and moved the institution into the top five in the nation for start-ups per research dollar.  As President of VEC Technology, an early stage composites molding company, Steve significantly improved operations and revenues, yielding a 10 X valuation increase ($110M) on exit. Steve spent 8 years with GE, where as General Manager of GE Electromaterials, he commercialized a revolutionary circuit board material for the emerging computer and telecommunications industries and as General Manager of R&D and Engineering of the $500M GE Silicones Division instituted systems to double new product sales.

Prior to GE, Steve held various senior management positions with Akzo Nobel and Union Carbide Corporation.  Steve has an A.B. in chemistry from Cornell University and a Ph.D. in organic chemistry from Harvard University. 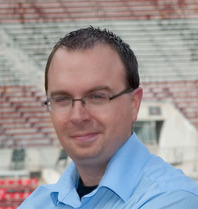 Paul Proffitt runs the Columbus Chapter of SunDown RunDown, a monthly evening business idea pitch event series, and teaches general business and entrepreneurship at Columbus State Community College.  He currently holds an MBA with a specialization in operations and strategy, six sigma certification, a B.S. in Psychology and a B.A. in Criminology from The Ohio State University.  Proffitt has worked on a number of start-up projects since the late 1990s – ranging from technology to alternative energy - and has been involved with a number of local incubators.   He also volunteers his time as a team mentor and judge for the OSU Business Plan Competition. To support his habit in entrepreneurial activities, Proffitt has held Associate Director and Director level positions with the Fisher College of Business at The Ohio State University and Franklin University.  Proffitt can now be found helping companies figure out what to do with all of their big data.